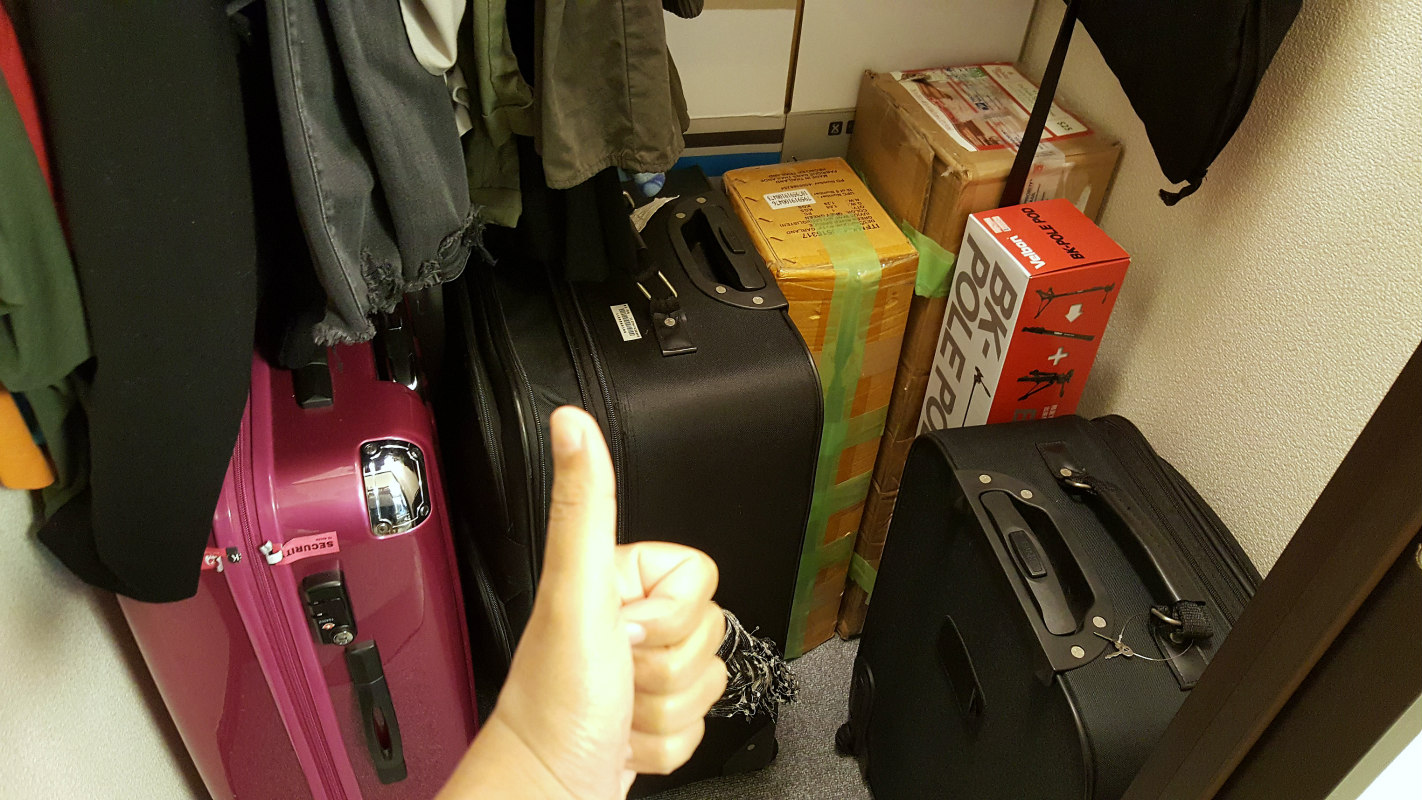 Settling down in Japan Was Impossible

Eight times is how often I’ve moved since coming to Japan. Considering I’ve only lived here for seven years, that means I’ve packed up and changed homes on average at least once a year.

The shortest I’ve lived anywhere was about three months in a tiny company owned apartment in Kawasaki.

Right next to the train station.

The building would sometimes shake as the trains went by, and I could hear them being parked after they stopped running in the wee hours of the morning.

I don’t miss that place.

The First Japanese Apartment I Fell in Love With

The next apartment I moved into was much better. It was right by the Tsurumi River in Tsunashima. It was a very nice sight to wake up to. The sunlight glistened off the water as it flowed quietly.

It was a decent sized 1LDK (Living Dining Kitchen) that I found thanks to an agent at Minimini. She was the only housing agent in town that was willing to help me.

Another agent turned me away within seconds of arriving after asking if I had a Japanese guarantor. When I replied no, I was quickly ushered out of the door.

With a polite bow and apology, of course.

Japanese people are always polite. Even when they’re kicking you out.

I really liked that place by the river. Unfortunately, they had a rule against pets, and I had somehow came into possession of a dangerously cute kitten that I did not want to part with.

READ: How to Get an Apartment in Japan

Considering that the landlady lived right next door, there was no way I could surreptitiously keep the cat.

I had to decide: either make a pre-emptive move into a place that allowed pets, or stay put until my inevitable eviction.

I found myself standing in the empty living room of my new home a short time later. It was bigger and newer than the previous one. But it just didn’t have quite the same charm.

I sure missed that place…

After settling into the new home with its shiny wooden floors and beautiful view of cherry trees, I acquired a second fur ball. Yes, the lease said only one was permitted. But the decision wasn’t exactly mine.

She was small, frail, and very ill when I brought her home from the pet store. Nothing at all like Aikun. I didn’t want to support the puppy and kitty mills in Japan, but it was much harder to adopt a pet back then.

I named her Ashe. Partly because of her beautiful gray Russian Blue coat, but also because of the many hours I wasted playing League of Legends.

Soon she was climbing the walls, learned how to turn the lights on and off, and even managed to get herself stuck between the ceiling and the top of the shoe closet.

I’m sure you’re all wondering where I’m going with this–rambling on and on about a cat.

The thing is, just as I thought I had found a place I could settle into for a few years, my life started to unravel and everything fell apart.

A loved one passed away, and the person I expected to be there for me didn’t want to give me emotional support.

I get that no one is obligated to help me, but I expected some degree of patience and understanding. You know?

Angry words were shouted, tears were shed, and years of being together were packed up into suitcases.

Losing Everything and Giving up My Home

It all happened so quickly.

Before I knew it, instead of losing one family member, I had lost four.

And I felt like my heart had been ripped out as I sat in that empty home alone with the indelible scratches left on the walls. They were a constant reminder of everything that had been, but no longer was.

The good news is that the three of them are living happily in America. At least I hope they’re happy. I really do.

I knew I had to move on with my life as well. So, I downsized from a lovely 55m2 two bedroom apartment to a 4.4m2 tiny bedroom. It wasn’t that I couldn’t afford something better. It was just that I could no longer stand living alone.

I left Kita Shin-Yokohama, and moved one stop away on the Blue Subway Line to Shin-Yokohama. It was a short distance, but a big step to helping my life start over.

The benefit to living in a share house is that there are always people around. There were many nights spent playing video games, eating pizza, and watching Game of Thrones with my roommates. Of course it wasn’t all fun and roses.

Whenever you get several people living together in close quarters, there will always be some kind of drama involved.

Despite that, it was a positive experience overall, and exactly what I needed to help recover.

Eventually, I felt stable enough to live on my own again. My tiny room was the size of closets most people in the states probably have. I said goodbye to my roommates and struck out to live on my own in Tarumachi.

What a big mistake…

Thankfully, even the most terrible of mistakes can have the most fortuitous consequences.

I upgraded my living space to 22m2, and my aggravation to an immeasurable level.

The nice, quiet little home that I had toured on Sunday proved to be an insufferable, shaking and noisy mess on Wednesday morning. I had failed to notice the giant cement factory next door, because I was too bedazzled by the huge nearby shopping mall.

Hearing the beeping alerts of the cement trucks and feeling the building tremble every five minutes that one turned the corner was enough to make me lose sleep.

It took a trip to the doctor and some sleeping pills to claim my nights back.

The only saving grace of that apartment was that it was the impetus I needed to get myself to venture out to new places, and to meet new people.

I met someone nice, and for half a year we’d rendezvous at my place to binge on Netflix while engorging on pasta, steak, brownies, and whatever else we could conjure up in that tiny kitchen.

The amount of time we could spend together was short, but cherished. That is often the case with busy and conflicting work schedules while living in Japan.

It became apparent that one day a week together was simply not enough, and drastic measures would need to be taken if we wanted more quality time.

Living in a House in the Countryside

So, here we are with move number eight.

I know what you’re thinking. The numbers don’t add up, and I haven’t told you about at least two of the other apartments!

Well, to be honest, I don’t miss them. And, the few memories that I have of them will just bore you more than you already are.

Presently, we’re tucked away in a small house that is situated in the middle of nowhere. There are no trucks, shaky walls, noisy roommates, or any other intrusive form of commotion.

Except for the farmers that occasionally like to sing at festivals around the corner.

Best part of all? Our new home has small doors built in for pets! I’m looking forward to starting our new family–just little furry ones for now.

READ: First Steps to Take If You’re Pregnant in Japan

Oh, and don’t plan on reading about me moving next year for the ninth time.

Settling down in Japan may have been impossible for me… until now.

Now, after that longwinded rant, I’m going to take my yuzu bath.