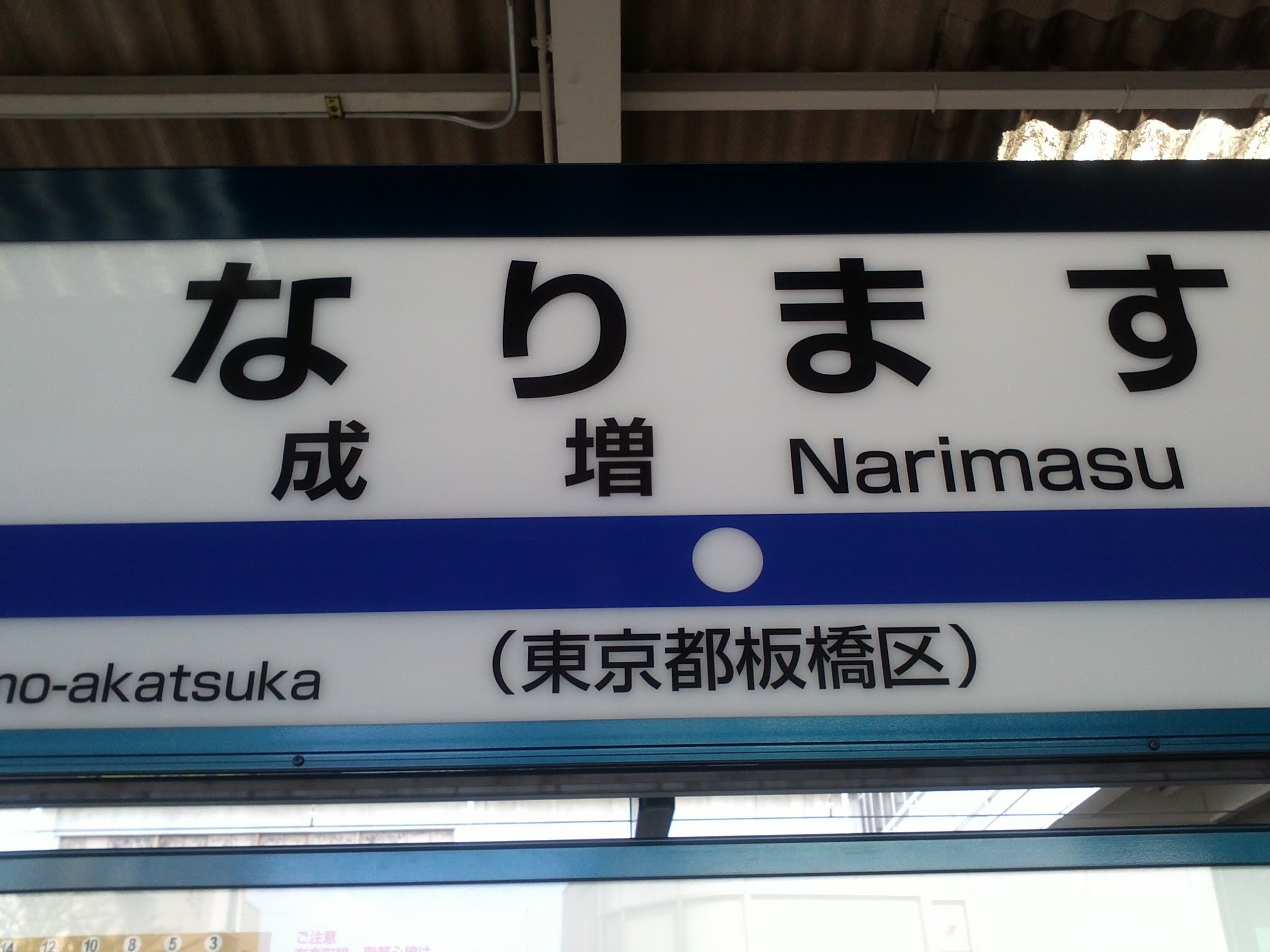 My Life in Japan and Why I Moved from the US

Approximately seven years ago I came to Japan with the intent of only staying maybe one or two years, and I didn’t foresee it becoming my new home. Those first two years quickly went by, and before I knew it so did the third, fourth, and so on.

Every year I get asked by countless Japanese people why I decided to move to Japan. My answer hasn’t changed much over time, but I find myself now wondering why did I really decide to move here, and is that the reason I’ve chosen to stay?

Initially I’d give people pretty cookie cutter responses. I told them about how much I loved studying the Japanese language, and how much I enjoyed learning about and participating in the culture. These two reasons still ring true for me, even though I don’t study nearly as much as I used to.

Part of it is because my Japanese has reached a point where I feel comfortable speaking it in most every day conversations. The other part is that as the years pass, it gets easier and easier to get by without having to use Japanese at all.

So many signs, menus, and announcements are now provided in English, so I’ve found myself becoming demotivated.

The more I think about it, the more I realize how inchoate my responses really were. I hadn’t given any honest thought as to all the reasons I ended up here, but here’s my attempt to do so now.

The US Economy was in a Recession

Times were tough when I first graduated from university. After years of being promised that we’d all find well-paying jobs and would quickly be able to pay off our debts, many 2010 graduates found themselves unable to find any work at all.

I remember applying to just about any job I could think of. Government contractors, financial institutions, retail, restaurants, you name it. I filled out at least five applications a day for weeks trying to find work, but most didn’t even land me a response.

I had years of prior work experience, because I continued working all through university in order to cover my living expenses. But it didn’t seem like I would find anything worthwhile.

Eventually I did end up landing a position at a bank in a very affluent part of the city I was living in. At first I really enjoyed it, because I had always loved using mathematics, and calculating numbers all day seemed right up my alley.

A few weeks into the job it became very clear that the job had less to do with managing finances, and more to do with appeasing and placating angry customers. The most important lesson that I learned from 6 years of experience in retail and banking in the US is that many customers feel too damn entitled and turn into the most vitriolic people one could imagine.

I continued applying to higher paying jobs during my employment at the bank, and was even offered a promotion. I decided to decline it when I received an offer from an old friend to come and work with him at one of his schools in Shanghai, China.

I thought any opportunity sounded better than getting screamed at by another middle aged man or woman with a superiority complex.

I Tried Living in China and Failed

Although I had studied Japanese for two years at the time, and had been an exchange student for a few months, I decided to give Shanghai a shot. Not only was the cost of living significantly cheaper compared to Japan, but it was also much easier to get work, because many schools were willing to pay you under the table without any form of contract.

I knew this was illegal, but I did plan to make an earnest attempt at finding legitimate work.

None of it mattered, because after only two weeks of living in Shanghai, I knew I had to get the hell out. All of the public facilities were very dirty and unsanitary. Not a single restroom that I went to had toilet tissue.

You were expected to carry your own, and to throw your tissue away in a little bin next to the toilet instead of flushing it. Do you know what it’s like opening up a bucket of shit? Not pleasant at all.

I got sick my second day there, because I made the mistake of washing some fruits and vegetables with the tap water. Everywhere I turned it seemed like something was trying to kill me.

I almost got hit by a car while crossing at a crosswalk with the right-of-way. I got followed and chased into a restroom by a man trying to sell me fake Rolex watches. Storekeepers all charged me double, because I clearly wasn’t Chinese, and my Mandarin wasn’t good enough to haggle.

Random people would walk up to me and take pictures of me without even asking or saying a word.

One day I decided to have a look at what job postings were available in Japan.

I knew I had to get the hell out of Shanghai, but I couldn’t go back to America.

I couldn’t allow myself to feel defeated after only two weeks of living abroad. I applied to a small contractor that had a few positions it was looking to fill in Tochigi Prefecture. The 2011 Tohoku Earthquake created an exodus of teachers fleeing to the safety of their home countries.

This gave fresh, young, naive graduates such as myself a chance to move in quickly. And I do mean quickly. I boarded a plane in only a matter of days after completing a Skype interview, and was on my way to Narita airport to start my new job in Japan.

That was my initial reason for moving to Japan.

What I Love About Japan and Why I Moved Here

Everyone just stood where they were supposed to and quietly waited. I love the orderliness of Japanese society. Sure waiting in lines sucks, but at least here it’s managed quite well, and everyone knows how to just be patient.

The second thing I noticed was when I boarded the bus to Tochigi. People were actually quiet. No one spoke on their phone. No one talked in a loud voice. I could actually fall asleep without worrying about someone stealing my belongings. I was so grateful to be back in a place where people respect each other and their space.

READ: My Experience With Racism in Japan

Japan takes respect very seriously, and it’s apparent from the moment you arrive. The streets are very clean compared to other major world cities. Every morning you will see shopkeepers outside sweeping in front of their doors before business hours begin.

I can’t recall how many times I’ve watched people in the US just throw their trash out of car windows, or leave it behind at parks, events, and other places. Many simply don’t care about the consequences their actions have on the environment or on the appearance of their surroundings.

The third thing I noticed was that the customer service is just so damn good. I worked with many people in retail in the US that just didn’t care at all about their job, or were too overworked and underpaid to care.

Some cashiers didn’t greet or talk to the customers at all other than to tell them how much they had to pay. I hated going into a store, and having a store employee roll their eyes at me if I asked for help.

I didn’t want to feel like a nuisance while trying to give someone my money. In Japan the workers are so friendly, and so helpful that I always feel like they should be paid more. They go above and beyond what most retail workers in the states would do, and it has a huge impact on your shopping experience.

The Food is Amazing

Nothing can compare to how amazing Japanese food is. I would regret leaving Japan, simply because I’d have to give up its food. I can write an infinite number of posts on this topic alone, but Japanese cuisine is by far the highest quality I have ever eaten in my life. Don’t get me wrong, America has great food that tastes amazing, and can be bought in large portions for cheaper prices.

But, the amount of effort and care that goes into most dishes at American restaurants just doesn’t compare to what we have here in Japan. The amount of food you get is significantly less, but they make up for it with the quality and taste.

When I returned home to the US after an exchange program in Tokyo, I couldn’t help but yearn for a steaming bowl of creamy and rich tasting ramen, or the sour taste of Japan’s many pickled vegetables.

This post has already gotten much longer than it should be! Thank you to those of you that have read it, and please follow my blog if you’d like to learn more about what it’s like to live in Japan, how to get a job in Japan, and what it’s like being an English teacher in an ESL work environment!