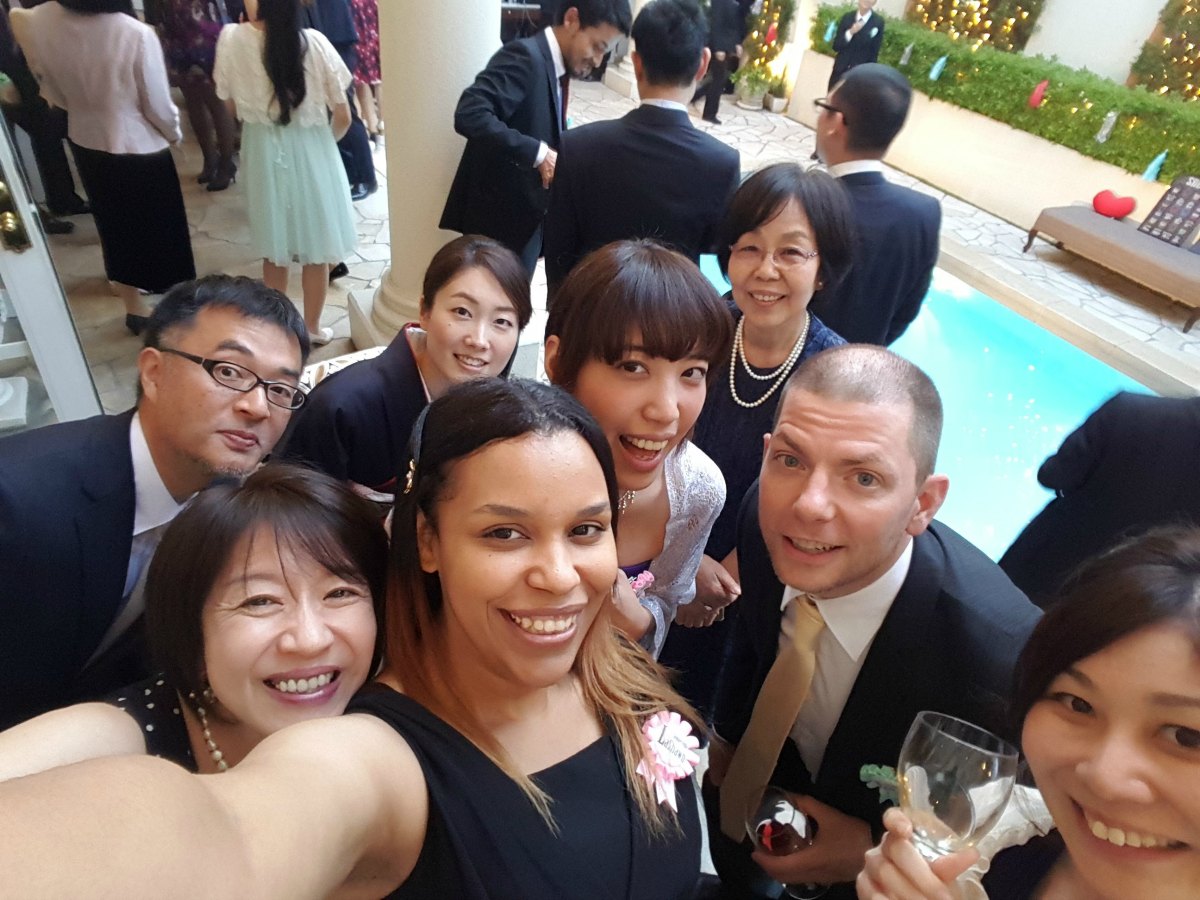 My Experience With Racism as an English Teacher in Japan

Racism in Japan does exist. It doesn’t manifest itself to the same severity that it does in other countries, but it is still there. Since moving to Japan in 2011 I have experienced racism a handful of times. Although it hasn’t happened to me as often as others, the experiences were still jarring and upsetting.

Japanese people tend to be more racist towards people from other Asian countries—particularly China and Korea. There are also a lot of stigmas attached to those who are black. It’s not uncommon to still see blackface in Japanese media, because comedians believe that they are being funny or cool by doing so.

That has led to the popularity of the word “kokujin’” (黒人), which means “black person” in Japanese. Some people argue that it is a neutral phrase that is used simply to refer to a race. However, just by doing a search for 黒人 on social media, you’ll be bombarded with negative—and often sexually explicit—images.

With this information in mind, imagine the shock and horror I felt as my superior at my Japanese company began advertising me as the kokujin-sensei (the black teacher) to our new potential students. I felt so humiliated, and couldn’t figure out what she was trying to accomplish by reducing me to nothing but my assumed race.

I’ve debated about whether or not I should share this letter online, because I know that discussing racism in Japan and any other country is controversial. However, I needed to get these feelings of hurt and frustration out. I know that I’m not the only foreigner that has experienced racism in Japan. If you have experienced it as well, please take solace in knowing you’re not alone, and that overall Japan is a very welcoming country.

I’m sorry for having to bother you, but something very troubling has been happening recently at [school’s name]. [Our company] is respected as a company that hires international employees, and prides itself in retaining them for several years. Personally, I have been with the company since March 3, 2012, and although I was part-time for a few months, I’ve never left the company or taken a break from it.

In my six years with [our company], I’ve never doubted the professionalism of the staff that I’ve worked with at [school’s name]. They were very hardworking, and together we felt like a very strong school. We’ve always had a very good success rate with getting new students, and building close bonds with our existing ones. We lost two wonderful school managers, M and T, to what they described as too much pressure from higher in the company.

I understand that it’s normal for staff to come and go. However, the turnover at [school’s name] this past year has been alarming, and many teachers have begun to worry. I know that each teacher is trying their best to keep the school afloat as the Japanese staff transitions, but it’s not easy for the managers to work at multiple schools a day and dedicate so many hours.

I know that it’s natural for many mistakes to be made in the beginning. It’s something all of the teachers have been prepared for. E, J, N (until recently), M, S and I have made it our goal to provide the best service we can to our students and their families. We care very much about our school, and it’s why we have stayed for as long as we have.

I’m sorry to bring this up in such a long email, but I hope HR will understand how serious the problem I’m writing about is. I’ve always had a very high success rate with taiken students. I don’t think I’m an amazing teacher, but I do try hard to make every student genuinely have fun and enjoy their first experience at our school.

Many of our taiken students are scared when they first arrive, because they don’t know what to expect. But, they always leave with smiles on their faces and tell their parents about how much of a good time they’ve had.

A good taiken also depends on a good sales talk. This past campaign I’ve had several wonderful students try my class, but then never heard from them again. Sometimes there were no Japanese staff members available to speak with them afterwards, and I was told they would be contacted later.

When I asked about the trial students later, no one even knew their names. For some others, I was told by the managers that they didn’t like the mothers’ personalities, because they seemed too strange or difficult. As a result of this, I’ve had fewer new sign ups than usual despite putting a lot of effort into them, and it is worrying.

The second troubling issue that I would like to bring up is something I’ve never experienced in my 7 years in Japan. At least twice now, I have been referred to as 黒人先生 (kokujin-sensei) by [the Manager] to new students visiting our school. First, I would like to make it clear that I am not 黒人 (kokujin). I come from a very multiracial family, and no one at [our company] has ever asked me my race. However, even if I were, it is not acceptable to introduce people by their race, and attempt to use it as a selling point.

To have someone make those assumptions about me and introduce me to prospective students as 黒人先生 (kokujin-sensei) is the most offensive and hurtful thing I’ve ever experienced in this country. Students come to our school because of what we have to offer them as English teachers, not because of what we look like. Skin color is not a quality that affects our lessons, or has any determination on our teaching methods.

My two grandfathers were Caucasian. One grandmother was Native American, and the other was African American. None of this is relevant to teaching. When introduced to students by our former managers and staff, they have always been very professional, and described us to them based on our home countries, hobbies, and personalities.

Now, I am being introduced to new students as simply “the black teacher” as if my skin color is the most important aspect of my classes.

I have personally heard [the Manager] call me this to a student just after doing her level check and speaking with her mother. An appropriate way to introduce me would be have to say,

“LaShawn is the teacher that just did your level check. She has been with our school for 6 years.”

Or, “LaShawn is the American teacher you just met. Here are some pictures of her at our school events, and some of the things students like about her classes.”

But instead, she said, “LaShawn is the black teacher.”

READ: Why I Moved to Japan.

I have never felt so demoralized or humiliated in my life. I tried convincing myself that maybe I just made a mistake and misheard her, because Japanese is not my native language, but now other teachers have heard her say it and are appalled as well. Today is my regularly scheduled holiday, but I know I’ll have a new student on Friday that only knows me as the 黒人先生, (kokujin-sensei) because I was informed so by the other teachers.

This is unbelievably sad.

I love my students. My responsibility to them is what keeps me coming in every day. When my brother and stepmother passed away, I didn’t take very long breaks off from work, because I knew we didn’t have enough teachers to cover the classes, but also because teaching provides one of the most joyful experiences one can have in life.

Seeing the students smile and their lives going on during such a dark period, helped my life to go on as well. The reason I didn’t turn back to America, was because I felt such a strong obligation to not let down the students or staff.

“When the New Year’s cards were printed, I was the only teacher whose picture was not included.”

I feel so distraught to learn that being called derogatory names to students by the management is a recurring theme. It’s not just me that this has happened to. Other unprofessional comments have been made about the physical appearances our other teachers, that I have recently heard about from them.

I don’t think [the Manager] is doing this to intentionally degrade us, or make us look bad to the new students. However, members of a company with as many international staff as [our company], should be more aware that classifying teachers by race is discriminatory and not acceptable in the workplace.

I’m worried that as our new staff members are being trained, they will be under the misconception that this is culturally acceptable. It’s not okay to refer to teachers as the black teacher, the white teacher, the yellow teacher, etc. We have made signs at the front of the school with our names, nationalities, and pictures. Each of our classrooms are also labeled on the doors.

I just ask to be treated with the same level of respect as the other members of the company. When the New Year’s cards were printed, I was the only teacher whose picture was not included. I thought that this was just an honest mistake, but now I’m not so sure.

I hope that you can understand my fears and concerns, and realize that I am only addressing them because they have reached a point where it’s impacting sales and is tarnishing such a great school. I am committed to working hard, and doing everything that I can to see [school’s name] once again become a positive and welcoming learning environment for our students.

Thank you for taking the time to read this, and I really appreciate our work relationship over the years.