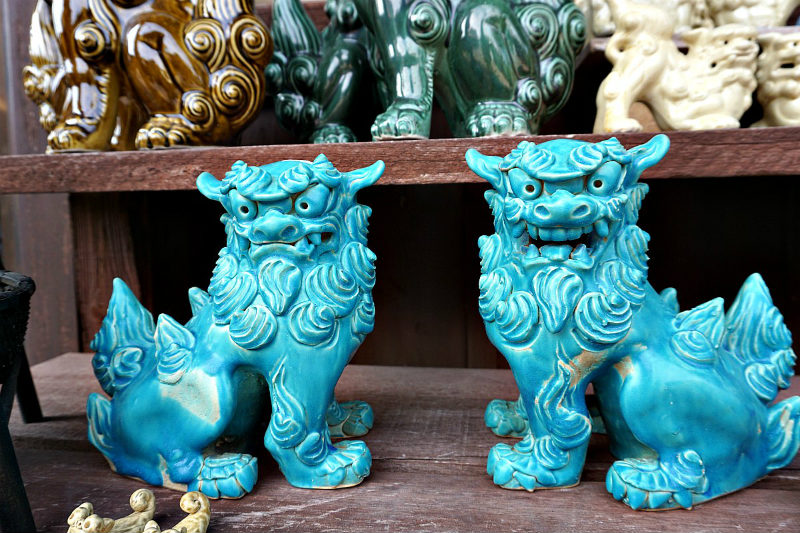 How Okinawa is Different from Mainland Japan

It’s a chilly and rainy day here in Yokohama. Although I’m glad to be off work and spending the day relaxing at home, there’s one other place I’d rather be: Okinawa. It’s been a little over a month since my visit, but here are some thoughts on some of the things that still stand out to me from that weeklong trip. Keep in mind these are my purely subjective recollections, and your own experience may be entirely different. If so, I’d love it if you shared!

Here are my final thoughts on my time spent in Okinawa.

People Are More Laid Back in Okinawa

I don’t know why it is, but people just seem much more friendly and sociable in Okinawa. In most of the small restaurants and shops that we went to, we found workers engaged in casual conversations with customers that seemed very genuine.

The level of politeness in customer service in Japan is overall very high. Especially in big cities. But it always creates a sense of a barrier. Like a divide between customer and worker that’s difficult or shouldn’t be crossed.

In Tokyo, for example, it’s not uncommon for a customer to walk into a shop, order what they want, and not say another word. In Okinawa, however, you can see people chatting freely as if they’re catching up with old friends.

One cafe that we went to was owned by a woman in her 20s. She had a huge map up on her wall that was full of nails. She greeted us very warmly when we came in and asked where I was from. When she found out that I was from America, she explained that every nail up on her map was from a customer that had visited from another country.

In comparison, businesses in Tokyo and Yokohama probably get significantly more foreign customers than her cafe. But that map symbolized something. She had actually taken the time to chat and get to know each one of the customers that the nails represented, and there were more than I cared to spend the time to count.

Businesses are more than just businesses. You feel a sense of community.

One hour in Okinawa felt like two. Two days felt like three. One week felt like…well, you catch my drift! Maybe it has something to do with Okinawa being a popular retirement and vacation destination, but everything just seemed like it moved at a much slower and more relaxed pace.

I’m used to the hustle and bustle. Weaving in and out of large crowds of people. Trying to avoid people staring down at their cell phones, and narrowly getting run over by relentless salarymen.

READ: Surprises While Getting Around Okinawa Without a Car

I’m used to walking fast. Too fast. In fact, it made everyone in Okinawa feel awkwardly slow. People stroll down the streets of Naha at a snail’s pace. Buildings are overgrown with so many vines to the point where you can’t tell if anyone actually occupies them.

There are cracks everywhere!

Cracks in pavements, cracks in walls, cracks in furniture, cracks in cracks. It’s amazing that some places don’t just fall apart. Perhaps the vines are there to hold it all together.

We passed by one place that was hauntingly beautiful, and I regret not getting a clear shot of it with my camera. The exterior was completely overgrown with vines. So much so that the once white building was hidden under a bed of brown and green. There was even what looked like a forest growing on top of it.

If witches are a thing, I’m pretty sure this is where a bunch of them live.

Everything Is so Green

You’ll also notice large, winding trees, that look like smaller ones were twisted together in a cyclone. I forgot the name of them, so if anyone happens to know, please remind me in a comment!

We noticed these trees all around Naha, especially lined along sidewalks. They look like they were created by the strong typhoon winds that slam the island every fall. I’m sure they exist in other places, but they added to the unique ambiance of Okinawa.

READ: Kayaking Through the Yanbaru Mangrove Forest in Okinawa

For fun, I decided to check some of the housing prices in Okinawa while I was there. I knew the prices would be a bit cheaper than in Tokyo and Yokohama. That’s pretty much true for all rural places in Japan.

I mentioned in my previous post that the prices and serving sizes at restaurants are also a huge bargain in Okinawa. The food in grocery stores are also noticeably cheaper. I like buying gyoza because it’s quick and easy to cook when I start to feel a little hungry.

A dozen of frozen gyoza costs me around 200 yen at my local grocery store in Yokohama. I could buy a pack of almost two dozen fresh gyoza in Okinawa for only 158 yen. In general, all of the meats and vegetables I saw were cheaper too.

READ: How Much Spending Money You’ll Need per Day in Japan

The places to find the best prices are the small street shops that are run by locals outside of the tourist areas. I could easily cut my food budget on half just by purchasing fresh fish and vegetables from these small markets, and cooking at home.

But, no one wants to cook when they’re on vacation, right?!

If you love Japanese food, see also: Where to Find the Best Soba in Okinawa.

Small businesses in Okinawa are generally able to perform well thanks to the high volume of tourism. This means that you’re able to buy a lot of beautiful handmade goods like jewelry, clothing, alcohol, artwork, and shisa.

Lots and lots of shisa.

I think they should just start to call Okinawa ‘Shisa Island’, because you can buy shisa anywhere. I’m not exaggerating. You can go to an ice cream shop or convenience store to pick up some food, and bump into random shisa. You could go to a hair salon for a haircut, and see one or two peering out at you.

For anyone unfamiliar with what shisa are, they’re small figurines or statues that are said to be guardian dogs, but more closely resemble lions. They can be found at entrances to homes, stores, shrines, castles, you name it.

I wanted to buy a pair while I was there, but I was on a tight budget, and couldn’t justify the price. We’re talking 3,000 yen ($30 USD) for a shisa that’s smaller than the size of my hand. It would be interesting to know just how many shisa are made and sold per year, because the prices seemed quite inflated for such an over-saturated market.

There Are Selfie Sticks Everywhere

I never understood the internet’s hatred of selfie sticks, because I hadn’t seen that many, and they didn’t seem to pose too many problems. My perspective on the issue of selfie sticks completely changed during a visit to the aquarium in Okinawa.

I don’t mind when people use selfie sticks in open areas. Usually, I can just go around them to see and take a picture of whatever it is that I want to see. However, in a small space, like the aquarium, it can utterly ruin someone’s experience when there are too many selfie sticks.

I gave up on looking at about half of the fish, because they were in small tanks that were crowded by several people trying to get the perfect picture or video with their sleeping kids in strollers, and fish in the backdrop.

My impression of the aquarium is just seeing the blue water in the tanks, and a wave of selfie sticks filling the air. I couldn’t really tell you what the sea life was like.

Everyone’s experience may not be so severe, but I went during Golden Week, which is one of the busiest times for travel in Japan. If you go during the off season, the aquarium might actually be a fun experience.

Drugstore Medicine Is a Huge Seller

Have you ever seen people buy trash bags full of medicine? I can now say that I have. Drugstores are making a killing in sales to tourists from China and other parts of Asia. Some had workers with megaphones yelling out bargains in Chinese, and directions on how to pay and stand in line.

People were buying just common everyday medicine, like for headaches, runny noses, and fevers. I had read about just how popular Japanese goods are with tourists, because they believe the quality is higher, and it’s safer to consume.

It was still pretty surprising to watch someone buy enough cold medicine to fill a suitcase though.

Learn more about How to Choose and Buy Medicine in Japan.

Fashion in Okinawa seems much more simple compared to Tokyo, and more people seem okay with just going out how they naturally look.

It’s surprising how many people won’t leave their homes in summer without an umbrella or covering their skin from head to toe in order to avoid sun exposure.

Lighter skin is still believed to be more beautiful by many Japanese people, especially women. Skin whitening products are in high demand, and no one will think it’s unusual for you to walk around Shibuya, Harajuku, or any other place with a parasol.

I understand that people with fair skin burn very easily. No offense to anyone who does!

It was interesting to see Japanese women with really beautiful dark tans, long gorgeous hair, great smiles, and completely makeup free. They just looked so lovely and had such a nice glow!

Sometimes I feel like an ogre walking around fashionable parts of Japan without a skirt, high heels, foundation, the works. It was nice to see people comfortable in just a simple t-shirt, shorts, and a pair of sandals.

That wraps this post up for now. Sorry it was about a month late, but I took some time off to launch another website that I’ll be sharing soon. Thanks to anyone who took the time to read this, and I appreciate every single visitor and comment I get. See you soon!

A Discussion on Pregnancy, Childbirth, and Child rearing in Japan with Kay